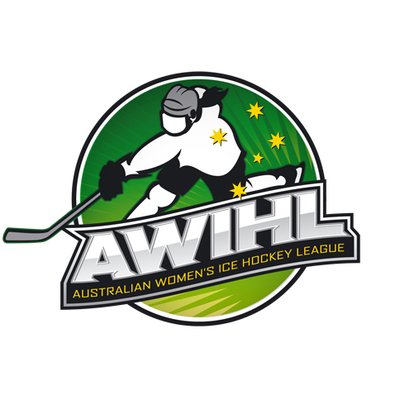 With the AWIHL regular season in the rear-view mirror, and with finals weekend rapidly approaching, now is a good time to take a statistical look at the season thus far.

Have you stayed awake at night wondering which team had the most hat-trick heroes? The most shots for, the least shots against? The most efficient special teams units? If you answered yes to any of those questions and more, then look no further. This is the article for you!

On 9 of 13 occasions the hat-trick hero was on home ice. Perth and Brisbane each watched the opposition celebrate the personal trifecta 6 times, Sydney watched on once. Neither Adelaide nor Melbourne gave up a hat-trick to their opponent.

In the final reckoning, Sydney topped the hat-trick charts with 4 players combining to record 6 hat-tricks. Perth came second with 3, followed by the Rush and Ice, each with 2. Brisbane was the lone team unable to furnish a hat-trick hero. Following is the list, sorted by team, of the hat-trick scorers and their opponent on the day.

When a team’s powerplay percentage and penalty killing percentage adds up to over 100%, head coaches are happy knowing they should have an edge in special teams.

A quick glance at the numbers shows the Perth Inferno as having the highest total of 108.5%. However, when shorthanded goals for and against are incorporated, Perth actually finished -1 in total goals on special teams due to allowing a league-worst 6 shorthanded goals.

Sydney, finishing second in special teams percentage with 105.9%, finished with a +12 goals scored ratio, buoyed in part by their 4 shorthanded goals for and only 1 shorthanded goal allowed.

Adelaide were the only other team to finish with a plus ratio on special teams, recording +2. Both Adelaide and Melbourne (-1 ratio) finished just below the 100% threshold with 98.6% and 99.996% respectively. And Brisbane, well, Brisbane struggled. But Brisbane can take solace in the fact that Adelaide went from last-place to second-place in a single season.

Melbourne Ice finished second in that category with .878. Third-place is Brisbane with .877. Brisbane’s struggles this season certainly were not statistically a result of poor goaltending. Sydney finished fourth with .876, and Perth came last with .861.

Using the same figures for save percentage, we can conclude that since the league average save percentage was .873, average shot percentage must be .127. Anything above that number is indicative of a team that either uses better shot selection, were more skilled at shooting the puck, were the recipients of a lot of luck, or a combination of all those things.

The league leaders in the category were, unsurprisingly, the team that bulged the twine more often than anyone else, the Sydney Sirens. Their shooting percentage of .143 bested the second place Perth Inferno’s .140.

Adelaide and Melbourne had below average numbers of .120 and .125 respectively. Brisbane managed a mere .099.

Shot share is one of the most reliable indicators of long-term success that we have in the world of hockey. There are certainly limitations to assessing shots for and against, currently there is not a lot of information available in the AWIHL regarding shot location that can help us sort out the difference between a high-danger chance from the slot and a muffin from the blue line.

However, as it is all we have, we will take it, warts and all. The results are actually reflective of the standings themselves. Here are the results, in order of how teams finished in the standings.

Brisbane can be grateful for above average league goaltending. The figures show they had less than 24% of the shot-share. In contrast, Adelaide Rush allowed by far the fewest shots, and generated the second most, giving them 63.5% shot-share. Sydney came second, Melbourne third, and Perth fourth.

The importance of these numbers are reinforced by the standings themselves, almost perfectly mirroring shot-share rankings.

I’ll post some tables at the end of this article for each team that you might find interesting that includes goals, shots, save percentage etc. on a game by game basis, along with season averages. I hope you found this interesting. Statistics were pulled from esportsdesk, check them out for other information, such as individual scorers.

In the meantime, the finals weekend of February 1 and 2 is rapidly approaching.

Fans can buy tickets to the finals series from finals.awihllive.com. The tickets are very reasonably priced and it’s a great way to watch the greatest live sport on earth, escape the summer heat, and spend a Saturday and/or Sunday afternoon in a family-friendly environment.

If you can’t get to Docklands to watch the games, the AWIHL are broadcasting the games via their YouTube channel. Please be sure to subscribe. They are so close to hitting their goal of 1,000 subscribers, so if you haven’t already done so, you know what to do.